WWOOFing at the Permaculture Research Institute

My interest in Permaculture started back in 2010 and I soon completed my Design Certificate. I think it’s safe to say that it changed my life, the direction I was to take and the learning pathway that I have since followed. Nina and I hosted a PDC ourselves in 2011 and were lucky enough to help facilitate a course in Romania on our recent overland trip. We have since visited many permaculture properties and WWOOFed at smallholdings and farms across the world.

Over the last three years I have also watched many of Geoff Lawton’s online videos, got familiar with the design of his property and hoped that one day I would get to visit the Permaculture Research Institute at Zaytuna Farm in New South Wales, Australia. 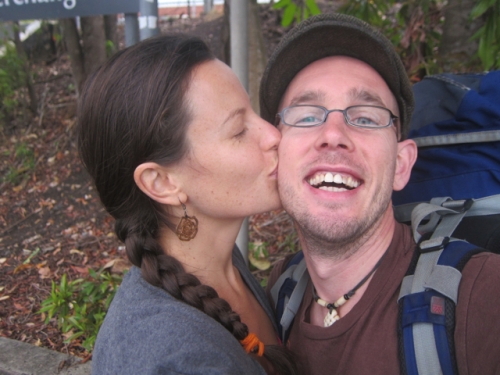 When a place became available at short notice there was no hesitation from me and I hopped on a train to Brisbane, transferred to a car with a previously organised Gumtree Lift Share and then hitched the last 19km from Nimbin to arrive, quite soggy, late on a Monday afternoon. I was pointed in the general direction of reception on arrival and given a detailed explanation of what was expected of me during my stay, the rules of the farm and a few things to be wary of in the snake department – Taipans, Browns and Red Belly Blacks (all very deadly snakes). I got my tent up before dark and was soon happy to be sitting eating dinner with the 10 week intern crew, farm manager, guests (including Bill Mollison) and other WWOOFers. 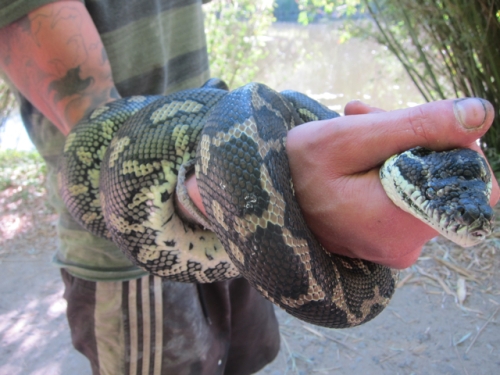 I stayed at the farm for a month and worked a week in each of four areas – main crop, small animals, kitchen garden and food forests. The large animals team need more training which was too much to fit into my short stay. My first week involved a lot of food processing as there was large amounts of root vegetables coming up from main crop. Much Kim Chi was made! 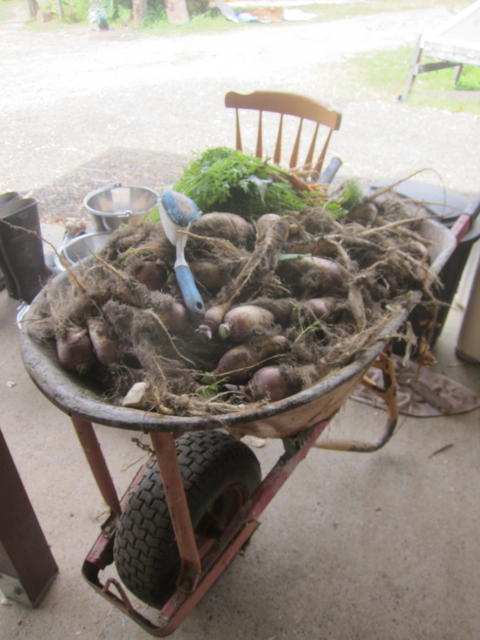 I worked a lot with Adon, adding compost, mulching, planting potatoes, cassava, peas and harvesting turnips, kale, pak choi and potatoes. I got to learn about the chicken tractor system which moves every 2 weeks, leaving behind fertilised rows for planting. It moves through 26 different sections. each containing 8 rows. This means each area gets a twice yearly visit from the chickens. There didn’t seem to be much emphasis on beneficial companions and the bare earth, tillage techniques was not what I expected to see at a world leading permaculture farm. 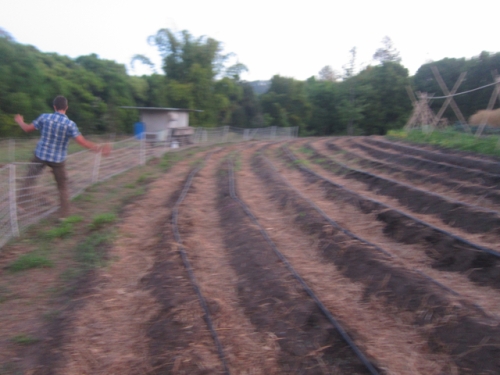 During that first week Paul Taylor, an expert on soil fertility, was present on the farm as he was teaching students the soil section of their internship. I managed to skim off a lot of information from him and the interns and was present during the very interesting compost making sessions. This has really kickstarted my understanding of making microbial dense compost – whoop! 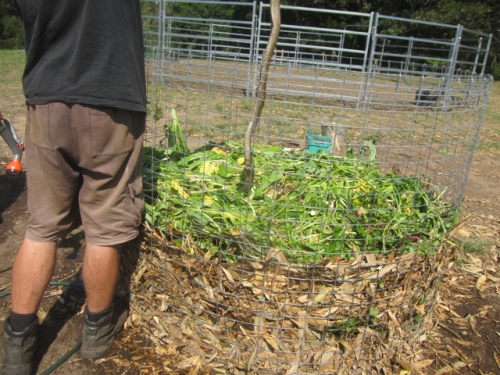 My activities varied more in the second week although I spent a lot of time on main crop. It was very hot down there and very exposed.  I skinned my first chicken, collected buckets of fresh mulberries and wild raspberries, helped lay irrigation pipe with Geoff, did a spot of fishing with Zac and generally got more of an understanding of the farm. 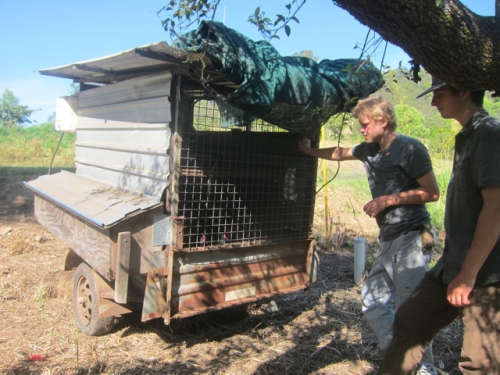 By week 3 I was tending to small animals which meant feeding and cleaning the rabbits, chickens, pigeons, goats and ducks as well as raising new born chicks. By week 4 I was combining my animal care with responsibility of the kitchen garden with the aim of keeping guests in fresh produce during their stay. 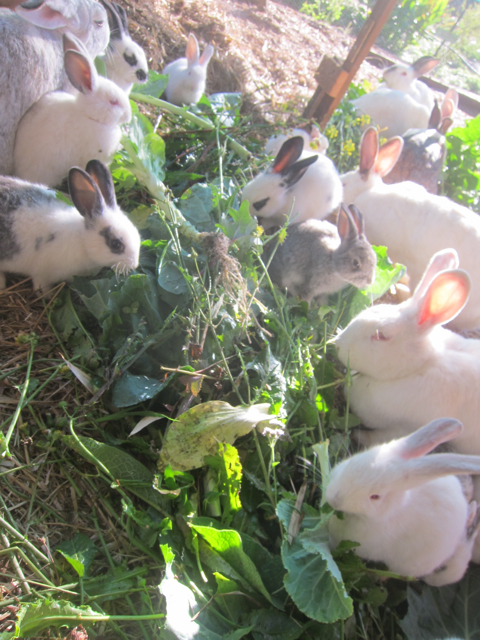 I learnt a huge amount at the farm from some very inspirational people which included other WWOOFers, students who passed through, Des the farm manager, Geoff Lawton himself and Bill Mollison (who happened to be around for more than two weeks). 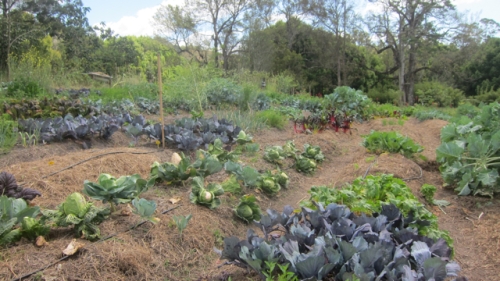 I also have some gripes about the place. I would like to think that the Permaculture Research Institute would be a best practice environment to set an example for students and visitors alike but there seemed to be a distinct lack of people care. Des, the farm manager was grateful for the work of WWOOFers but the rest of the management gave little gratitude. A “thank you” after a months work would be nice.

Given the amount of money that seems to be received from online courses and internships I would like to see the use of 100% organic food on the farm and more awareness about the products they are feeding people – let’s stop with the GM!

I believe that it’s setting a bad example when the WWOOF supervisor is selling corporate products as refreshments to WWOOFers, taking advantage of their need for a cool drink after a hard days work, and yet students were asked to leave the farm as they drank a beer around the campfire on the last night of a $7000 internship – not cool.

Places of learning, especially in the world of community orientated, co-operatitve, integrative, standard setting, permaculture designer manual teaching institutions should be aware that the world is watching and hierarchical, top down rules are most dangerous. I send out much respect to the fellow WWOOFers and students that I worked alongside during my month at the farm but I was deeply disappointed in the people care and lack of respect for the volunteers. I would like to see a feedback system enter the structure of the WWOOF network which could allow WWOOFers to gage the vibe of a host before committing to a months work.